A queen of a divided land must unite her people, even if they hate her, even if it means stopping a ruin that she helped create. A debut epic fantasy from an exciting new voice.

“I murdered a man and made my husband leave the night before they crowned me.”

Born under the crumbling towers of Oren-yaro, Queen Talyien was the shining jewel and legacy of the bloody War of the Wolves that nearly tore her nation apart. Her upcoming marriage to the son of her father’s rival heralds peaceful days to come.

But his sudden departure before their reign begins fractures the kingdom beyond repair.

Years later, Talyien receives a message, urging her to attend a meeting across the sea. It’s meant to be an effort at reconciliation, but an assassination attempt leaves the queen stranded and desperate to survive in a dangerous land. With no idea who she can trust, she’s on her own as she struggles to fight her way home.

e-ARC provided by Caffeine Book Tours in exchange for an honest review. My review is not influenced by any of this fact.

Little facts about this book

🍂 Favorite shelf: Yup! I love this book so much!

My thought when I finished this book… wow, just wow. I binge read this all day and was surprised that I could finish this book before 5 PM. That being said, there was no room for me to catch my breath because Villoso puts obstacles after obstacles that made me hard to put this book down. It was rather out of the box to read a fast paced book with excellent world-building and character development. Somehow, I didn’t feel overwhelmed by how fast this book goes—it didn’t feel like Villoso cramps everything in one book.

Now, moving on with the world building. How I put this into words? First of all, I just want to say, this book is important for me because it’s a Southeast Asian-inspired fantasy book that brings up so many Asian cultures—especially Filipino cultures.

It always warms my heart to see and learn other Asian culture. With The Wolf of Oren-Yaro, it’s truly magical to see these cultures merge together and produce an amazing fantasy world.

I love strong female character and Talyien is no exception. Talyien is an epitome of strong; she was expected to become a ruthless ruler, she could wield sword and fight well—but behind all of her interior, Talyien is insecure and often makes the same mistake. She’s a ruler, a mother, a wife and she plays her roles as she knows how. What makes Talyien feels  real is, despite how strong she’s portrayed to be, she still has imperfection that makes her human. I feel sympathetic with her throughout the book and it feels like watching someone you know get through the ups and lows on her life.

Overall, I really love this book! The Wolf of Oren-Yaro holds a special place in my heart and I wanna thank K.S. Villoso for bringing Filipino culture to the world.

K.S. Villoso was born in a dank hospital on an afternoon in Albay, Philippines, and things have generally been okay since then. After spending most of her childhood in a slum area in Taguig (where she dodged death-defying traffic, ate questionable food, and fell into open-pit sewers more often than one ought to), she and her family immigrated to Vancouver, Canada, where they spent the better part of two decades trying to chase the North American Dream. She is now living amidst the forest and mountains with her family, children, and dogs in Anmore, BC.

This blog tour is hosted by Shealea (Caffeine Book Tours)! Thank you for letting me participate with this one! Here’s the link to other participants: 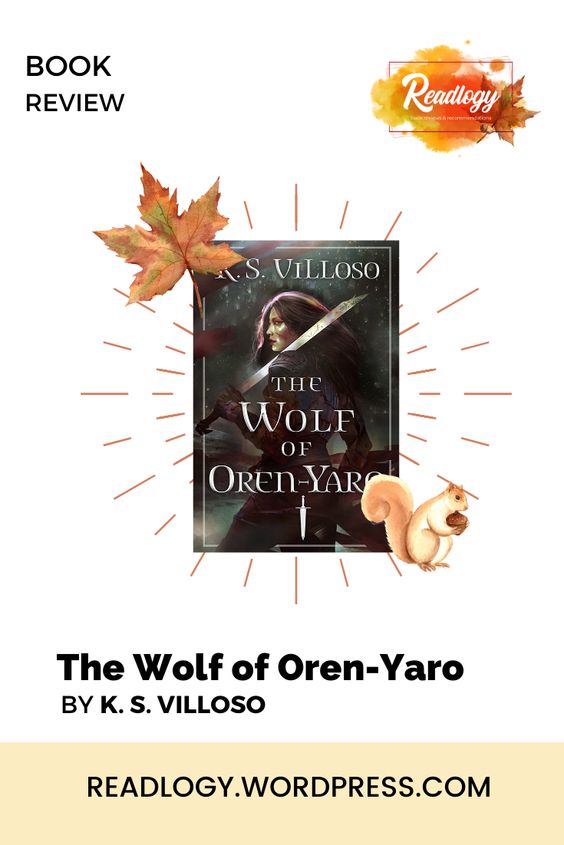 Are you planning to read The Wolf of Oren-Yaro? Let me know in the comment section below!