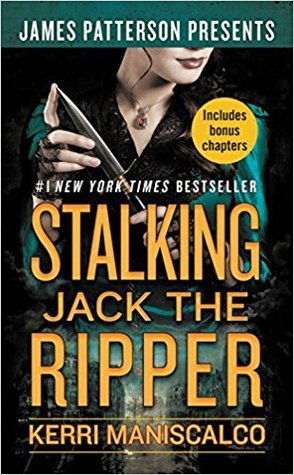 Seventeen-year-old Audrey Rose Wadsworth was born a lord’s daughter, with a life of wealth and privilege stretched out before her. But between the social teas and silk dress fittings, she leads a forbidden secret life.

Against her stern father’s wishes and society’s expectations, Audrey often slips away to her uncle’s laboratory to study the gruesome practice of forensic medicine. When her work on a string of savagely killed corpses drags Audrey into the investigation of a serial murderer, her search for answers brings her close to her own sheltered world.

First of all, I’d like to apologize for my absence this week. There are so many things happen in my country and I couldn’t care about anything else but those horrific events we have to face until now.

“Death was not prejudiced by mortal things such as station or gender. It came for kings and queens and prostitutes alike, often leaving the living with regrets.”

Let’s begin with the plot and mystery first. From the moment the murders started, I already suspected one character and I held onto my opinion, strongly. No matter how many times the narrator told me this character is not guilty, the others are. Because of that, I really couldn’t put this book down. I wanted to prove my theory out, I wanted to know what happened next, I wanted more Cressworth’s (ship name for Thomas and Audrey Rose) contents.

I don’t have a lot of complains when it comes to storyline, aside of how good it is. I admitted, there was some scene that I thought was unnecessary, until on later chapter, that said scene was leading us to another clue for who the Ripper was.

I love how this book goes, not only it’s about solving Jack the Ripper’s gruesome action, but this book promotes feminism as well. I’ve always known how women in Victorian era were treated and I believe there were some women who rebelled—but I don’t read a lot about it (or maybe I didn’t dig enough). When I read this, I found myself cheering for Audrey Rose numerous time. We’ll get into her character in a sec!

For a historical fiction that brings up mystery and horror to its genre, Stalking Jack the Ripper is surprisingly light. Yes, there were some rare vocabulary we don’t often use in daily life, but it’s still pretty light reading for me. Maybe, it’s because this book is targeted for young adult readers (even though I don’t think it’s suitable for readers under 17). If I didn’t have to go to work and do my mundane things, I believe I would finish this book in one sitting.

“I was determined to be both pretty and fierce, as Mother had said I could be. Just because I was interested in a man’s job didn’t mean I had to give up being girly. Who defined those roles anyhow?”

Now, for the topic I’m dying to talk about… Audrey Rose Wadsworth. I’m officially putting Audrey Rose as my favorite heroines list. She’s currently on the top 5 because I just love her so much. Audrey Rose is someone I aspire to be; smart, doesn’t let anyone (even his father) decides her fate, curious, skilled forensic pupil. She thinks society is not a reason to limit herself—as studying forensic is considered something shameful for women. Even for our standard, Audrey Rose is far more feminist than most people. I think if she was alive now, she’d fit right in and wouldn’t tolerate white feminist or feminazi.

Thomas Cresswell. Well, he’s your typical arrogant, smart boy from private boarding school. Actually, Thomas fits all the requirements of modern-day new adult boys—with his witty attitude, smart brain and walks like a god. I would say, he’s kinda Gary Stu if only he’s not always right about his theory and about how Audrey feels about him. All of things he can do, Thomas is so blind that Audrey likes him as much as he likes her.

Their relationship started off as some kind of rivalry, but quickly turned into friendship as soon as they know each other. I wouldn’t say their relationship is one of those slow-burn relationships, but all the things they almost do until they finally do it… My heart can’t take this kind of softness.

I’m just glad that this book meets my expectation. Now, I regret not buying the whole series when I can, because I have to wait for 20 days or so until I get my copy of Hunting Prince Dracula. Watch me talk about Audrey Rose all the time.

Will I recommend it to you: Why, of course! Especially if you’re into historical fiction and solving murder story!

And that’s it for today! What about you? Have you read Stalking Jack the Ripper? I hope my review helps you finding a good book to read next! See you later!